The Basketball Classic presented by Eracism

“We are very excited to announce the creation of The Basketball Classic,” said Gary Stewart, President of Eracism and 1st Vice President of the National Association of Basketball Coaches. “We have outstanding people of high integrity in our group and have already introduced some tremendous initiatives and this tournament will help to make many of those a reality. The Basketball Classic is just the latest example of our commitment to the game. We have plans to introduce similar tournaments for other divisions in the future.”

The Basketball Classic field will be announced after the field for the NIT is released on March 13. The tournament will begin on Monday, March 14 with the semifinals scheduled for Tuesday, March 29th and the Championship Game on Thursday, March 31st.

All games will be broadcast on the ESPN+ platform.

Administering the Basketball Classic is a seasoned panel with deep roots in the sport that previously conducted the College Insider, Inc. Postseason Tournament from 2009-19.

America is a socially diverse nation that continues to make progress against racism through education and creating awareness through enhanced dialogue. ERACISM is committed to bringing forth change through education, awareness, and action because we can no longer just sit on the sidelines.

THE 4 PILLARS FOR CHANGE

1. CONVERSATION: It’s simple and the most necessary part of the process. We need to listen to one another and have constructive dialogue. The loudest voice in the room isn’t always heard.

2. EDUCATION: Knowing what has already happened is essential to making sure that is does not happen again. We need educate one another, ask questions and know our past so that history does not repeat itself.

3. COMMUNITY: A commitment to change begins in our local communities. Before we can bring forth change on a national level, we need to promote change and make a difference in our cities, towns and neighborhoods.

4. RECONCILIATION: Justice is the conclusion to the act, but reconciliation fixes behavior. Simply put, society needs both.

Some of the current Eracism initiatives include Coaching Solutions, the HBCU Legends Awards, and This Game is No Secret.

The Executive Committee of ERACISM has formed a panel to advocate and promote minority coaches in college basketball. The panel will work directly with athletic departments and the national search firms with the goal of getting more minority coaches involved in the interview process and ultimately securing jobs.

One of the biggest obstacles, facing deserving candidates, is getting the opportunity to interview for head coach openings. It is difficult to get hired if you are unable to get an interview. There is a disproportionate number of minority coaches at all levels of college basketball.

The five awards are named after legendary HBCU players and will highlight the top players in ALL levels of college basketball. The objective is to recognize the top student athletes in college basketball, while bringing long overdue attention to some of the best players to ever play the game.

“This season we introduced the HBCU Legends awards, and we wanted to highlight the awards and the pioneers for whom the awards are named,” said Stewart. “These games will provide an educational element as well as an opportunity to play for a trophy and advance to the second round of the tournament.”

THIS GAME IS NO SECRET

The 2nd Annual “This Game is No Secret” event ran from Jan. 31-Feb. 6. Teams from across the country honored the legacy of Coach John McLendon by wearing t-shirts with the five words -- THIS GAME IS NO SECRET. The idea is to make this an annual event. It is an opportunity for players, coaches, and fans to learn more about Coach McLendon who is one of the greatest coaches in basketball history and led Tennessee State to three consecutive national championships.

For information on participating in the Basketball Classic presented by Eracism contact Jamie Kachmarik, Chairman of Selection Committee. He can be reached at jamie@thebasketballclassic.com 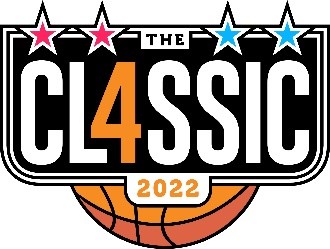